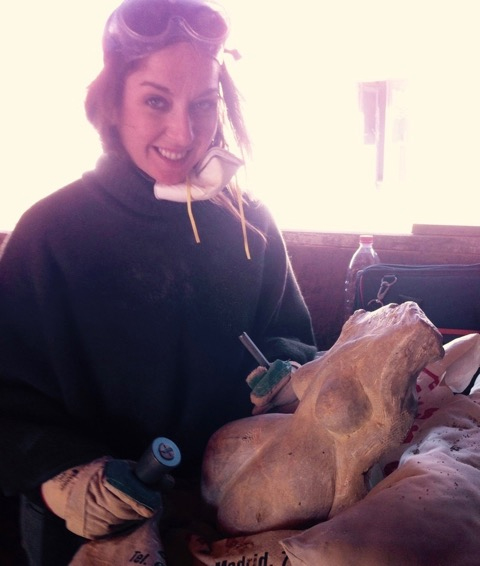 Fiona Olimpia was born in Madrid, Spain into a family of filmmakers, artists, and photographers.
She has lived in the USA, France, Italy and Scotland.

In 1990, she begins her career in the Fine Arts at the Complutense University of Madrid. She later also explores other artistic mediums by enrolling in the Film program at UCLA where she studies filmmaking, animation and directing. While in LA, she works in several films, tv shows, and advertisements.

Back in Spain, she further hones her skills as an artist at the prestigious Escola Massana in Barcelona. Creating installations, sculpture, photography, painting, video and mixing them with everyday objects as well as nature gives her a new voice as an artist.

While at the Escola Massana, she participates in various exhibitions and contests winning an honorable mention at the General Europa contest.
Her artwork “Fire” is chosen as one of the school’s best and is exhibited at La Capella Gallery in Barcelona. “Reflections,” one of her installations, is also chosen for the MACBA (Contemporary Art Museum of Barcelona) exhibition.

Nearing the millennium, back in Los Angeles, she discovers stone sculpting at master sculptor’s Robert G. Cunningham’s Studio.
Here she creates her first pieces in alabaster, marble, and limestone.

“The stone speaks to you – it always tells you what it wants to be. It tells you its longing. Perhaps a dream that only a sculptor’s hand can manifest. My sculptures make round, sinuous shapes. I love the movement – the eye goes beyond the work itself”

In 2000, she moves to Paris and then Antibes, France where she works with another master sculptor, Tiziano in his workshop at Mougins.

In 2005, she begins writing and illustrating children’s books and focuses on film and writing.

Currently she is working with bronze, wood, stone, red wax, and crystal resin.

Her work “ORIGIN” was born from this exploration of different materials.

The works in resin where organic objects are trapped inside represent a longing, Return to the Sea, Gynaika and the Secret, The man and Liberty…